I am putting this "old news" here, as I regularly tell people Lucifer is no more, and then can't reference that. This I believe was written by TML.

Adjudication Lucifer Rebellion
Adjudication Lucifer Rebellion - The tribunal of the case of Gabriel vs. Lucifer before the courts of the Ancients of Days had already begun before The Urantia Book was given to the Forum group in Chicago in the early 1930's. Completion of the universe judicial decree, wherein all participants had either repented and had been rehabilitated or, as in the case of Lucifer, Satan, Caligastia , Dalagastia, had spurned Divine mercy and were annihilated. The adjudication was decreed in Salvington, Capital of the Local Universe of Nebadon, on March 16, 1985, by our present Urantia calendar, and made it possible for the Correcting Time to begin and for the communication circuits to be reinstated. The reasons that the rebellion was allowed to continue for 200,000 years are discussed in The Urantia Book. You must understand that up until the time Lucifer ceased to exist, he still had free will and had not agreed to the adjudication. The adjudication could not happen until he agreed that it was the right thing to do. The sinner himself must agree with the verdict before adjudication can take place.

Caligastia
Caligastia - A secondary Lanonandek Son, at one time Planetary Prince of Urantia until he joined the Lucifer Rebellion. Caligastia served loyally for 300,000 years before taking up the sophistry of his superior, Lucifer. He became ultra-individualistic, resented supervision, and had a tendency to disagree with established order. As he committed to ever more deliberate sin, his personality became completely distorted. Although shorn of power, he remained on Urantia for a time and contributed to the Adamic default through his evil influence. He ceased to exist at the time of the adjudication in 1985, choosing annihilation over repentance.

Lucifer
Lucifer - A brilliant primary Lanonandek Son who served as a loyal Sovereign over the System of Satania for 500,000 years before he decided that there was no Universal Father and made a Declaration of Liberty, contending that the local systems should be autonomous. Through pride, he convinced himself that the rebellion was for the good of the system, and was able to ensnare large numbers of celestial beings throughout Satania to join him in his rebellion against the Father's over-control. He even tried to enlist Michael in his plan for secession. Jesus terminated Lucifer's power when he met with the archrebels Lucifer, Satan, Caligastia and Daligastia) on Mount Hermon defeating them as the Son of Man, without using his Divine powers. Lucifer's was the third rebellion in the Local Universe of Nebadon, all of which occurred before Michael had earned his Sovereignty. Lucifer was tried, along with his cohorts, in front of the Ancients of Days in the case called Gabriel vs. Lucifer, and after the four archrebels again spurned the offers of mercy they were offered by Michael, they chose annihilation and are no more. Thus ended the trial and adjudication that took place in the fall of 1985.

Rebellion
Rebellion - Out of ten thousand systems in the local universe of Nebadon, there have been three rebellions by local system administrators, the last being the one that affected the System of Satania and Urantia. They all occurred before Michael achieved full Sovereignty. Lucifer began as a brilliant and loyal Administrator of the System of Satania, but gradually through evil and error became a believer in self-assertion and liberty, and was able to convince his associate, Satan, and another 37 Planetary Princes to join him in his manifesto to reject universe allegiance, including our Planetary Prince, Caligastia and his associate Daligastia. Through self-deception, Lucifer's pride led him further into deliberate and willful sin. For two years of system time, the rebels were allowed to continue with their scheme, trying to convince other free willed celestial beings to join them. At that point, Lucifer was dethroned and striped of power and the 37 systems that had participated in the rebellion were placed in quarantine, with all connections to the rest of the universe severed to contain the further spread of evil. All participants were offered mercy by Michael if they chose to repent their actions and be rehabilitated. The rebels were allowed to roam freely on the System Capital for 200,000 years until the completion of Michael's seventh and last bestowal. As Michael became Sovereign, he petitioned the Ancients of Days to intern Lucifer on the prison world until the adjudication of the case of Gabriel vs Lucifer. At the end of the trial, those who were found guilty and rejected mercy Lucifer, Satan, Caligastia and Daligastia chose annihilation. Following the adjudication, which occurred in the Fall of 1985, the quarantine has been lifted and the quarantined worlds of the System of Satania are being normalized. Since Michael became a Master Son and Sovereign of Nebadon, rebellions by celestial administrators can no longer take place.
Love commands the universe. Man only resorts to control when love is missing.
~ said Jesus through Glenda Green in "Love without End" ~
Top

I'm really glad you posted that, Geoff. I'm gonna bookmark it for I too have been frustrated to clearly describe the Lucifer Rebellion to those who have no prior references. Your information is that which I have embraced over the years as being an accurate portrayal of a level of reality.

I recall George first telling me that the adjudication was complete, but George did not write this summary, but its pretty well in line with what I believe happened. However I thought Satan was back on this world, and I also thought George confirmed that? 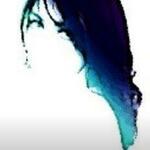 This is exactly what I needed to read. Thank you, Geoff!


All evil on this world is now of human making.

For some reason this thought is more frightening than Lucifer. We have a potential for greatness, including evil
Top

I thought these two quotes from TUB would go well along with your comment.


1 - (111:6.1) Many of the temporal troubles of mortal man grow out of his twofold relation to the cosmos. Man is a part of nature—he exists in nature—and yet he is able to transcend nature. Man is finite, but he is indwelt by a spark of infinity. Such a dual situation not only provides the potential for evil but also engenders many social and moral situations fraught with much uncertainty and not a little anxiety.

1 - (2:3.2)
..."Be not deceived; God is not mocked, for whatsoever a man sows that shall he also reap." True, even in the justice of reaping the harvest of wrongdoing, this divine justice is always tempered with mercy. Infinite wisdom is the eternal arbiter which determines the proportions of justice and mercy which shall be meted out in any given circumstance. The greatest punishment (in reality an inevitable consequence) for wrongdoing and deliberate rebellion against the government of God is loss of existence as an individual subject of that government. The final result of wholehearted sin is annihilation. In the last analysis, such sin-identified individuals have destroyed themselves by becoming wholly unreal through their embrace of iniquity.


This brings up 2 very big questions. I was reading over some transmissions from years ago, specifically this one

Did the midwayers themselves start out in a low technology level. Given their long life, I would image if you were to take a a few hundred humans back in time to pre civiliaztion era and give them unlimited life...then just from this small group a civilization could be erected give. Trial and error over an extended lifetime...eventually reaching laser weapons

Since they were armed all the way till the 1980s, Someone had to manufacture these weapons? Or were they mostly a thought construct/symbolic?

Could hear weapons effect us? Our physical bodies?

I have to get my hands on the halfway realm books, hopefully they can explain these quarks in my visualizations on how these beings and their devices interact with our reality.
”Most of all, because we have seen and lived so much of what was wrong, we know so much better what is right.”
http://1111angels.net/old_files/E_Archives/list268.htm

Also I don’t kno if it is written in the urantia book, but what about these other 2 rebellions that happend?

Is there any detail or info on them, and the beings involved?
”Most of all, because we have seen and lived so much of what was wrong, we know so much better what is right.”
http://1111angels.net/old_files/E_Archives/list268.htm