I just read the message about a soul that parts from the flesh. This thought has crossed my mind plenty of times. I believe Spirit has answered my uncertainty towards death. So, why am I posting this? Not sure... I'm curious what the UB says about a soul that has chosen annihilation. Sometimes I think I face dissemination/annihilation. Does that mean we can still have a good life and a tranquil passing? Is this the Ego scared of death? Or is this a legitimate thing in the UB- a soul no more?
Top

I suspect that it's nearly impossible for a human, especially on this still-developing planet, to choose annihilation. Apparently, life must be lived on the mansion worlds at least long enough to know how to make a truly informed decision.

The following UB sentence states that the soul makes "the final decision", but only after mortal death ... or if delgated such authority while the mortal is living. Nonetheless, the developing soul still makes the decision about annihilation - not the human. In other words, the soul is the continuing entity that decides ... and not before mortal death.

"Neither does the soul make final decisions until death or translation divorces it from material association with the mortal mind ... except when and as this material mind delegates such authority freely and willingly to such a morontia soul of associated function." (111:3.2)

thank you Rod I really appreciate you taking the time.

and now I'm left wondering, what if that soul has the experience of 'fallen angel?'

but the reality is, whether annihilation is fated or not, i think it is possible to experience heaven on earth and a peaceful exit.
Top

To truly experience "heaven on earth" suggests that annihilation will not be chosen.

Thanks Rod, and it isn't an exaggeration to say I've experienced heaven on earth before. That's comforting. I suppose, there will always be a dichotomy identifying transitory 3D reality and soul/happiness. Neither are wrong. Knowing there is a difference is humbling and encouraging enough. I am learning how to have the right attitude even as a temporary form dictated by the "rules" of our matrix. And if I ever chose annihilation, I will not abandon my Heart in this life. On the contrary, I am learning to guide it with creature-endowment.
Top

I apologise for my slow response to this question. I am a little late for the party and it seems you are in a good place, but I hope you will allow me to post something I found in the Urantia book that might be helpful for all of us to read who have ever felt unworthy to experience the benevolence of God. You are probably not alone in thoughts of this nature as we all wonder sometimes about our worthiness to progress after death. Yet, is it truly about worthiness here or is it about pure and unconditional love?

So in looking for your answers in the Urantia Book... I found this passage that I hope we will find helpful with this very important question you have posed. It is a little long but worth a read.

This section of the Urantia book is speaking about the Justice in regards to the rebels of the Lucifer Rebellion but the Mercy applies to all of us as much loved children of God.

that was very interesting sandy, thank you so much.

i'm not sure i look at it as a thing of worth, but now am wondering if perhaps it was the free-will choice of a soul prior to its mortal incarnation to have chosen- or come to a mutual and perhaps loving agreement that annihilation would be a part of its experience- after serving its sentence in time/space.

i'm not saying this is my reality.

"4. Soul. The soul of man is an experiential acquirement. As a mortal creature chooses to 'do the will of the Father in heaven,' so the indwelling spirit becomes the father of a new reality in human experience. The mortal and material mind is the mother of this same emerging reality. The substance of this new reality is neither material nor spiritual — it is morontial. This is the emerging and immortal soul which is destined to survive mortal death and begin the Paradise ascension." (0:5.10)

This paragraph indicates that, whereas the Thought Adjuster ("indwelling spirit") may have had previous incarnations in attachment-service to a mortal, the human soul is born on this planet. Thus, there is no soul to choose experience before mortal birth. Also, the UB explains "reincarnation" as a continuing soul experience but only as an advancing spirit being - not a return to a previous mortal-level existence. 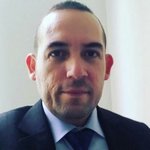 It seems like I'm prying into every forum topic, but I can assure you that it is not my intention. Nor can I say I'm a master in any subjects, in fact I'm still quite new and learning lots of stuff, and even if I master anything, I will always be a student trying to learn new things. It is just that certain topics drag me around here (I wonder why...).

The thought also crossed my mind too Eric. I know there is a lot in the UB that can reference actual mercy, for those who are against the Father's Will. In the Celestial Message posts there some messages where a few might choose annihilation over eternal life, by several reasons: too long of career, not feeling like it, too much effort and other several reasons, even if they have a morontia body.

A knowledgeable 'fallen' angel can choose to do evil. It is a free will prerogative, and actual way anyone that exist in this universe, can choose. Pride can turn blind anyone, but let it be said, that not to the point of not being able to see what the faults were. It is like a mirror of truth where you can see the faults that made you go stray, but you must actually be convinced that you made a mistake and then the choice will be made after extending mercy (just like Sandy already pointed out). In the UB 156:5.16 and 156:5.17, are very interesting parts of the Tyre teaching.

The whole section addresses the answers to the questions of what if I'm just no good, or if I fail at everything that it is thrown at me? Even do or say won't get me to the point of needed growth to survive. On a limited material mind these questions, without our Father's guide will be very hard to answer on human willpower alone. So we are limited, we even might have a calm life, but like Rod says, we are not capable of choosing annihilation on this plane of existence, because we just don't have the tools nor the brain/mind to take that path.

Now onto that other thing that 'could' actually annihilate a person. On the 140:5.8, they talk about, the hunger of righteousness, which can disappear if you prolong fasting (you will no longer feel the need of that hunger, physically or spiritual). You could also say, that if you fuel your soul with the right things (saying right is very personal to each of us), your soul will be fed, and will bear the fruits of the spirit in the hereafter. But if a person is selfish, self centered, does "no good", and not even think of the afterlife, well there will be a very light soul with very few everlasting experiences to carry on in the everlasting God's Plan/Project. We are indeed, all called by a small door, but all of us can actually enter if we choose to.

A person who made the 'worst' choices might be saved, but it will not have it easy on the Morontia worlds, because they always say 'if only I had known, ... ', and they will try to carry on a not well fed soul. But these are just a few, with very thin souls that might endanger their soul's survival in God's Plan. Even if they don't make it to the Morontia Worlds, which I believe it is hard or impossible to do, due to every human being of normal mind having a T.A., their experiences will be collected (after some serious cleaning) to be part of the Supreme, if they are to be claimed to be so. You can check in any case that 147:5:6 where Jesus tells Peter:


And I (Jesus) declare to all of you that the Father has opened the doors of the heavenly kingdom to all who have the faith to enter, and no man or association of men can close those doors even to the most humble soul or supposedly most flagrant sinner on earth if such sincerely seek an entrance.”

So what we usually call bad persons, might be just brothers/sisters who don't know what they are doing... so mercy will be extended always to even further than what our current imagination can be capable of... Love is always the answer, no matter what is the question, but they might be missing out and survive at first with very thin souls, which, after getting a complete perspective of eternal life, they can make such call of if they willingly want to continue or not, as long even if it was just for a second, to think about what would be next after this life, it can make such a good impact.