Yeah I guess it could mean that.

love,
Geoff.
Love commands the universe. Man only resorts to control when love is missing.
~ said Jesus through Glenda Green in "Love without End" ~
Top

Nobadges, how do I discern when it's God's will or my own ego?

Clare
"Wheresoever you go, go with all your heart." - Confucius
Top 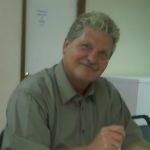 Hi folks,
Clare, I read your question and began to wonder myself and came across this while reading a few minutes ago. I wonder if this might be helpful in providing an answer.

line 115: When it comes to the sharp and well-defined conflicts between the higher and lower tendencies of the races, between what really is right or wrong (not merely what you may call right and wrong), you can depend upon it that the Adjuster will always participate in some definite and active manner in such experiences. The fact that such Adjuster activity may be unconscious to the human partner does not in the least detract from its value and reality.

Thanks, John. I think I already "intuitively" knew that....but my "ego" seems to always get in the way, and I "second guess" myself. I always have to tell myself "If it's good, and about love, it's right".

Clare
"Wheresoever you go, go with all your heart." - Confucius
Top

I received an email the other day, which I have copied below. The last paragraph I now say Each morning when I get up and before I go to bed.

DID YOU KNOW THESE FACTS? I SURE DIDNT TILL NOW

Death is certain but the Bible speaks about untimely death!

Make a personal reflection about this.......

Very interesting, read until the end.....

'Be not deceived; God is not mocked:

for whatsoever a man sow, that shall he also reap...

Here are some men and women who mocked God :

Some years before, during his interview with an American Magazine,
he said: 'Christianity will end, it will disappear. I do not have to argue about that.. I am certain Jesus was ok, but his subjects were too simple, today we are more famous than Him' (1966). Lennon, after saying that the Beatles were more famous than Jesus Christ, was shot six times.

Tancredo Neves (President of Brazil ): During the Presidential campaign, he said if he got 500,000 votes from his party, not even God would remove him from Presidency. Sure he got the votes, but he got sick a day before being made President, then he died.

Cazuza (Bi-sexual Brazilian composer, singer and poet): During A show in Canecio ( Rio de Janeiro ), while smoking his cigarette, he puffed out some smoke into the air and said:'God, that's for you.' He died at the age of 32 of LUNG CANCER in a horrible manner..

The man who built the Titanic After the construction of Titanic, a reporter asked him how safe the Titanic would be. With an ironic tone he said: 'Not even God can sink it' The result: I think you all know what happened to the Titanic

Marilyn Monroe (Actress) She was visited by Billy Graham during a presentation of a show. He said the Spirit of God had sent him to preach to her. After hearing what the Preacher had to say, she said: 'I don't need your Jesus'. A week later, she was found dead in her apartment

The mother accompanied her to the car and was so worried about the
drunkenness of her friends and she said to the daughter
holding her hand, who was already seated in the car:

'My Daughter, Go With God And May He Protect You.'

She responded: 'Only If He (God) Travels In The Trunk, Cause
Inside Here.....It's Already Full '

Hours later, news came by that they had been involved in a fatal accident, everyone had died, the car could not be recognized what type of car it had been, but surprisingly, the trunk was intact.

The police said there was no way the trunk could have remained intact. To their surprise, inside the trunk was a crate of eggs, none was
broken

Christine Hewitt (Jamaican Journalist and
entertainer) said the Bible (Word of God) was the worst book ever written.

In June 2006 she was found burnt beyond recognition in her motor
vehicle.

Many more important people have forgotten that there is no other name
that was given so much authority as the name of Jesus.

Many have died, but only Jesus died and rose again, and he is still
alive.

PS: If it was a joke, you would have sent it to everyone..
So are you going to have courage to send this?.

I have done my part, Jesus said

'If you are embarrassed about me,

I will also be embarrassed about you before my father.'

'Lord, I love you and I need you, come into my heart, and bless me,
my family, my home, and my friends, in Jesus' name.
Amen.'
Love, light and blessings

I have had times figuring out what is my ego and what is God. Even when my intent is good.

For example there was a time when I thought it would be helpful for me to share a piece of information with someone, but the situation could make me look like I was "butting in". I asked God if I should tell and got a very quick "no" in my head. My brain kept saying "yes"...I asked God again..."no" was the answer again. I ended up going with my brain (with good intent)...didn't turn out well.

I know just what you mean Sammy. I had always heard the Lord lives in our heart. Before I began thinking with my heart there seemed to be a constant battle going on between my head and my heart. I would blurt out things my head said was right, and then my heart would always respond with "But head, you're not listening." Again and again it happened, and again and again I heard "But head, you're not listening." Until one day I said something really stupid, and nearly lost a friend in the process. I was very sad. I asked my heart why did you not jump in to and stop me from doing that? That is when I heard my heart Yelling back "BECAUSE BUTTHEAD YOU'RE NOT LISTENING!"

BUTTHEAD YOU'RE NOT LISTENING!

John - that reminded me of when my boys were a bit younger and every time they asked me something that I had to say no to they would respond with "BUT MOM....."

One day I got so fed up, out of my mouth came (with a smile on my face) "My name is not BUTT MOM you BUTT head!"

Uh huh, when I was young I was called "You little Dickens!" so often I though it was my name! Once my mom told me to go out to the willow tree and break her off something to beat me with. I came back with a leaf. I handed it to her and then bent over, telling her, "Okay, I'm ready. Do your best." She started laughing, and so did I until, WHAP!!!

I didn't know she was hiding that darned big spatula!

Said she knew exactly what I had in mind, and next time don't be such a smartass. That was the only time she Ever raised a hand to me, and I totally deserved it.

Ok - I know we're way off topic now, but I have to share one more story...

When he was 4 years old he said "s h i t" (from here on in I'll just write "sh..") I looked directly at him with a very serious face and said "Jake, that is a very naughty word. Don't ever say it again."

He looked at me with a smile and eyes big and bright and said "sh..".

I took him by the hand and sat him on the bottom step and told him he had to take a "time out".

I walked back and told him if he said it again I would wash his mouth out with soap.

Turned around...he had a HUGE smile.

I returned with the soap to a child smiling broadly in defiance. He opened his mouth and I swiped one more time. "Sh.." BEFORE I even took a step!

Well, now the bar of soap had been moistened by the previous swipes down his tongue...he opened willingly again and I swiped it up and down 3 times. I turned the corner, replaced the soap, walked to the kitchen and heard "pl pl pl"...the sound of him spitting and trying to wipe his tongue with his hands. Haven't had to break out the soap since!