Please try to avoid religious or political subjects in this forum.
Post Reply
13 posts • Page 1 of 1

This article looks at the recent allegations against Bill Cosby from a spiritual viewpoint:


What if he is guilty? Among many other things there may be a feeling of relief. Some criminologists speculate that criminals often wittingly or otherwise leave clues which lead to their apprehension because they want to get caught...
If Cosby is innocent, if Cosby is a saint even the most shameful and untrue allegations can be an occasion of spiritual mortification and sanctification. If Cosby is a saint his heart of hearts may find freedom in being abandoned by fickle fame and adulation, he may draw closer to Christ despised, spat upon and crucified.
http://www.crisismagazine.com/2014/spir ... bill-cosby

I don't want this topic to be a heated debate, so here are a few thoughts and you can take what you want and leave the rest:

On refusing to comment regarding the recent allegations, Bill Cosby is merely heeding good legal advice. Any decent attorney will tell you that anything you say can be used against you, especially if you are a public figure. Pleading the Fifth is not an admission of guilt and legally cannot be treated as such.

If you are ever arrested for a serious crime, the first thing you should do is ask to talk with an attorney before you say anything to police, especially if you believe you are innocent. I know that Law and Order may tell you otherwise, but former interrogators will tell you that it's their job to get a confession out of you, and they will use whatever comment you make, however innocent you may think it sounds, against you in a court of law.

In the media, I am seeing the same kind of lack of respect for due process regarding the allegations made against Bill Cosby that was earlier heaped against Michael Jackson.

Before Jackson had even seen his day in court, news reporters like Nancy Grace already acted as judge and jury on his guilt, ignoring the fact that the family who accused Jackson had already tried to extort money from a JC Penny store, and Jackson's prosecutor wanted to settle the score after failing to prosecute him in 1993:
http://www.today.com/id/4448227/ns/toda ... G7Edslxm1s

Based on the media's past track record, should we be so quick to conclude that Bill Cosby is a sexual predator too? Does Cosby deserve to have his career ruined before any actual evidence comes out against him?

I in no way want Cosby's accusers to be called loose women, liars or gold diggers, because that will only discourage the real victims of non-celebrity rapists from speaking out in the future. As the father of two daughters, I particularly take allegations of rape seriously. However, Cosby still deserves to not be found guilty before all the facts come out. It shouldn't overnight ruin his career and reputation without proof.

A talented comedian and actor who erased color barriers, all while giving tens of millions of dollars to higher education and charitable causes deserves a presumption of innocence until proven guilty. It's kind of sad that people need to be reminded this. The fact that Cosby refuses to dignify these decades-old, unproven allegations with a comment does not automatically prove his guilt.

We shouldn't forget that, sixty years ago, a black man would have been lynched for even consensual sex with a white woman, let alone rape. Our country has come too far since then for the media to lynch an accomplished comedian and philanthropist before any evidence has even come forward.

In the 1960s, Bill Cosby was a civil rights activist, and more recently, he was critical of black communities for the high rate of absentee fathers, crime, and lack of concern for education. There are people who would love to see Cosby fall, either for being a successful black man or for asking the black community to improve itself.

Even when lynching as a common practice ended, that didn't stop black men from being falsely accused of raping white women just for having consensual sex. That's why I find it hard to believe that, in 1969, Cosby would have been alone in a hotel room with an intoxicated white woman.
Top 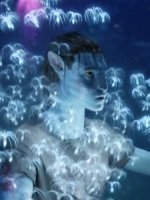 He did it. My gut feeling.

Now he is playing silent.

His wife knows he did it. But they want money coming from his performances. So she is with him. She wants the money.

Now the performances are being canceled. But she will stay with him, even without new money coming. She will hold onto what they earned so far.

You can see he did it in his eyes.

i don't know if you're being sarcastic but you can not determine that by looking at just one picture. i don't see guilty eyes in the pic above. people are going to see what they want to.

i would not want a judge to determine my fate based on how my eyes looked from any one particular photo.

Don't get me wrong, I take the crime of rape very seriously. If Cosby is proved guilty, I'd be the first person to say lock him up and let him die in prison. But as an American citizen, Cosby deserves the presumption of innocence until proven guilty, so I don't really want to have a debate on his supposed guilt until actual evidence comes forward. The reason why I started this thread is to share an article, which I found to be well written and spiritually meaningful:
http://www.crisismagazine.com/2014/spir ... bill-cosby
Top

I have moved this thread to this current events forum. To be honest, I see this as a no win thread. I am horrified at the very thought that a guy I loved for his talent may have done this. I am equally horrified if he did not and the claims are spurious. And I have not yet got over the fact that another "icon" was found guilty in the UK recently - Rolf Harris. I just don't know what value we can add here. I certainly am not going to pronounce him guilty because he looks funny to me. He doesn't look funny to me, and neither did Rolf Harris.

For perspective, since "spiritual" is mentioned in the beginning of the article and because "rape" (at least, from this perspective) includes all behavior where a man (sometimes woman) advances far beyond the desires of their dating partner or spouse) ...

"Let he who is without sin cast the first stone." comes to mind and suggests that even if we're certain that we never committed "spiritual" rape, we should be circumspect in attacking the alleged victims or perpetrator ... especially when our information is mass-media-derived.

Further (from this spiritual perspective), "rape" would include all compelling of a person through physical force or duress to _____ in order to achieve our desires. The recent 1111angels' message about leadership (re: abide by group decision) is a good example - we could be "on thin ice", spiritually speaking, when we compel by force or duress.

Finally, this planet is our starting point in attaining spiritual perfection and is one of the many local universe laboratories of expressed love and mercy.

What is the spiritually healthy way to react to a story like this, where so far, it's just he said she said?
Top

What is the spiritually healthy way to react to a story like this?

The first thing that came to mind:

We should react in the way that we're spiritually guided and directed, since we're each indwelt by a "spark of God". And we should expect many - even differing - reactions and perspectives. The lesson seems to be that we can learn from each other and need to be tolerant of differences and patient while waiting for the truth about these allegations to emerge.

Yoder777 wrote:What is the spiritually healthy way to react to a story like this, where so far, it's just he said she said?

I would re-phrase that. Whats the spiritual point here? And my answer is NOTHING. The only exercise that you can usefully engage in is to extend compassion. Compassion to Bill irrespective of whether he did it or not, and compassion to those who say they were attacked, and perhaps they were. Anything else is JUDGEMENT. Something that is not spiritual to engage in. Maybe if you end up on a jury panel, and are asked to express an opinion based on the facts as presented to you, that could b done. But for the rest of us, its better to not pass judgement. Judgement and love do not co-exist. There is a reason that Father does not judge.

Ultimately, what we do (or not) as individuals may be directly related to the "will of God" as we perceive that guidance. And group consensus can sometimes conflict with our individual guidance - one of the many decision points along our chosen pathway to Paradise.

I think it is rather fishy that all these accusers are coming out of the woodwork years after the alleged incidents. As for the media, gossip sells, especially when it is about a well known person. Spiritually mature people work on themselves rather than talk about the shortcomings of others. If Bill Cosby is guilty of these allegations and won't admit it to himself then I expect he will remain on the first mansion world until he does. If he is not guilty this could well be a spiritual growth experience. Also, never forget that the media will often focus on one issue to draw attention away from other issues that they don't want to promote.
We don't inherit the world from our ancestors. We borrow it from our children.
Top
Post Reply
13 posts • Page 1 of 1