The book that started my search

I was watching 20/20 last night and they had a topic "Proof of Heaven". A neuro-surgeon, Eben Alexander was on - a man of science who as a child believed in an after life but through years of med school and training found there to be no proof of heaven. He ended up with some severe meningitis and lay in a coma with NO detectable brain activity for 7 days. While in the coma he ended up in a place of darkness where there was no one and no time. Suddenly there was a break in the darkness and awesome beautiful light came through. He was greeted by a beautiful woman who took him to beautiful places and told him many things. When he awoke from his coma (healed from what surely should have killed him) he went on a search to find his birth family and discovered that this woman he met was his sister that he never knew existed and had died at age 36.

Here is a link to the book on amazon: http://www.amazon.com/Proof-Heaven-Neur ... +alexander

Ask and ye shall find, eh?! How about that? We were wondering what happens to a person like that . . and you were sent an answer!

Hi, to whomever knew we were wondering! I love when they do that!!! 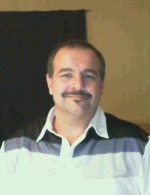 11light11 wrote:Ask and ye shall find, eh?! How about that? We were wondering what happens to a person like that . . and you were sent an answer!

Hi, to whomever knew we were wondering! I love when they do that!!!

You know, it seems like the synchronicities have really been many and swift in the last several days. By swift, I mean just like this. You have a question and the answer comes faster than you can believe! It has been this way for me anyhow!

We're a lucky crowd, we are! It's fun having so many to share it with, too, isn't it?

What have your synchroncities been like, eh? And why does it refuse to acknowledge the spelling of synchronicity?!? It is a word!

I went through a phase relatively recently when I watched videos of psychic mediums giving cold readings and read accounts of near death experiences in order to somehow find assurance of the afterlife. Now I see that psychic mediums have the strong possibility of being deceivers, whether that deception is conscious or unconscious, willful or unwillful. Some people are honestly self-deceived and self-deluded.

When it comes to near death experiences, they are often so different and divergent from each other depending on the individual's religious beliefs that it's often impossible to use them as anything more than personal anecdotes, not proof of the afterlife.

Yesterday, I re-read the Urantia Book's account of the raising of Lazarus, which states that Lazarus was wholly unconscious in the interval between his death and resurrection, and this makes me seriously doubt whether near death experiences are anything more than a product or subjective experience of the human mind.

When it comes to my personal faith in the afterlife, I would now rather take the Urantia Book at its word than seek after NDE accounts and psychic mediums like I have in the past.
Top

I am not sharing these things to discount the possibility of near death experiences. Instead, I am highlighting that they ultimately serve as proof for no one aside from the person who experiences an NDE, especially since purported near death experiences are so different from each other, depending on the religious beliefs of the person claiming to have one. Because of this, I would rather trust in what the Urantia Book says regarding life after death, as that seems to me the more sensible and simpler option. In the story of Lazarus, Jesus promises that we will be raised on the last day, and that promise is enough for me to believe.


All mortals of survival status, in the custody of personal guardians of destiny, pass through the portals of natural death and, on the third period, personalize on the mansion worlds. Those accredited beings who have, for any reason, been unable to attain that level of intelligence mastery and endowment of spirituality which would entitle them to personal guardians, cannot thus immediately and directly go to the mansion worlds. Such surviving souls must rest in unconscious sleep until the judgment day of a new epoch, a new dispensation, the coming of a Son of God to call the rolls of the age and adjudicate the realm, and this is the general practice throughout all Nebadon. It was said of Christ Michael that, when he ascended on high at the conclusion of his work on earth, "He led a great multitude of captives." And these captives were the sleeping survivors from the days of Adam to the day of the Master's resurrection on Urantia. ~ The Urantia Book, (30:4.3)

The passing of time is of no moment to sleeping mortals; they are wholly unconscious and oblivious to the length of their rest. On reassembly of personality at the end of an age, those who have slept five thousand years will react no differently than those who have rested five days. Aside from this time delay these survivors pass on through the ascension regime identically with those who avoid the longer or shorter sleep of death. ~ The Urantia Book, (30:4.5)