This is a forum for those who want to share the Akashic Construct, and their experiences of it. The AC is a structured meditation designed specifically to enable contact with celestials, and also humans for the purposes of teaching or healing.
Post Reply
13 posts • Page 1 of 1

. That being said I've had many "plain as day" visions which were quite obvious. I had a little one yesterday of my guide standing over me with her head down but hands out cupping what seems to be "water" but it's more like flowing sparkling light that flows like water out of her cupped hands and over my head, I am kneeling, not in worship, but in humbleness. I look up and my guide gives me a "knowing and almost cheeky smile " and then "rushes off".

The symbolism isn't lost on me but I seem to feel I'm missing something that seems obvious and I can't quite put my finger on it and didn't know where else to post this one ...

I had something similar happen to me, and I felt more energetic during the next few days.

It helped me get over a nasty cold really fast.

I was with one of my Guides in a "waterfall of sparkling light," but it wasn't a vision.

It was a lengthy, colorful dream. It dealt with healing, energy, I guess.

I'm in the second day of a really nasty wisdom tooth/root canal in 4 bits while awake that took nearly an hour and a half. When I had said vision, I was preparing myself as much in a way that Edgar Casey would ... ie, going into quick REM state for the purpose of using my usual "fluro blue healing light" but instead my visualization was taken over by my "bestest friend guide

" and had the afore mentioned "vision".

Its awesome that you bring up healing, George, in relation to my vision, as since said "vision" I'm feeling that I'm coping better than usual because I have been blessed with an extra "healing" that I have not been previously "privvy" to.

Thanks again George, I thought I may have possibly been given another one of what you would call "email with attatchments to be opened later" as I often get, so I'm glad to know I'm on the road to recovery 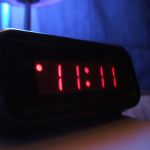 I nearly started a new thread for this but dunno if it's worth one.

I started on the Akashic CD last week and following the first steps. Sometimes I haven't used the CD but have followed the steps all the same. I'm using the process at night time when going to sleep and it's great!

The other night however, just as I was in that in between phase, I swear I saw a native American Indian Chief type figure, dressed as one would imagine with the feather headdress, sat down with his legs crossed. It was momentary and gone, but kinda shocked me into being fully awake. I hadn't been asleep upon seeing this either.

Just wondering what this is about and if it's happend to others.

(I wasn't drunk either

Years ago I had a set of dreams seeing such a character, that was a heavy 11:11 period.

Hmmm Jack...I recall asking about a similar vision quite a while ago, but for the life of me I can't recall exactly what I saw. I'll dig through the archives a bit and see if I can find it.

Also, I have had similar experiences (on 4 or 5 occasions over the last few years) just before I fall asleep where I heard a voice clear as day.

Well...this is not what I was thinking of, but here is a link to something more recent that oddly I didn't recall until reading it: (thread now deleted)


I had my first yoga class last Friday and practiced bits of what I could remember over the long weekend. I had my 2nd class last night, and oddly I think I very briefly reached a meditative state. I say "oddly" because yoga is not a relaxing thing for me yet...it is quite uncomfortable, not to mention I have to keep looking at everyone to figure out what we are supposed to be doing (so far from a relaxed state as of yet). Anyway, toward the end of class last night we were in a not quite so uncomfortable position that we had to maintain for 5 minutes. Toward the end of the 5 minutes I saw a face clear, as day very, very briefly. I have no idea who it was...I am pretty certain it was a male figure, an Indian with long hair...I would guess he somewhere between his mid 20's and mid 30's (I've gotten REALLY bad at judging age by someone's looks).

I think the other occasion that I am thinking of I might have pm'd George about...and I have sent WAY too many pm's for it to be in my records at this point.

Now you mention it, I'm sure I've read somewhere on the boards someone else seeing something similar, I'll have a hunt for it too once I can and post it back here if I find it. I think if it was one of your posts it was somewhere I could read so may not be a PM as you'd thought.

I tihnk I have to get over this fear thing, I kinda kick myself for not being brave sometimes with these things and going further. It's as though my auto DNA/genetic response of fight or flight kicks in and I step back. I really wish I could get past this, maybe I will in time. The thing is, once I saw the guy (and to be honest it wasn't all that clear, it was as though he was coming into view so to speak but I didn't give it a chance), I recoiled back and opened my eyes, gotta learn to stay with things I think. It's the first time anything like that has ever happend, it was different to imagination, tricky to explain.

I have some fears I need to get past, but usually when I see something "new" I "wake-up" out of surprise more than anything.

Good Luck, and let me know if you find anything.

I get a little pushed with more than 20000 on the lists, but the one you talk about is not Bzutu (ABC-22). The Chief wears minimum clothing.

The frequent visitor to this planet is one of 24 Advisors called Onamonolonton.

(723.4) 64:6.5 About eighty-five thousand years ago the comparatively pure remnants of the red race went en masse across to North America, and shortly thereafter the Bering land isthmus sank, thus isolating them. No red man ever returned to Asia. But throughout Siberia, China, central Asia, India, and Europe they left behind much of their stock blended with the other colored races.

(723.5) 64:6.6 When the red man crossed over into America, he brought along much of the teachings and traditions of his early origin. His immediate ancestors had been in touch with the later activities of the world headquarters of the Planetary Prince. But in a short time after reaching the Americas, the red men began to lose sight of these teachings, and there occurred a great decline in intellectual and spiritual culture. Very soon these people again fell to fighting so fiercely among themselves that it appeared that these tribal wars would result in the speedy extinction of this remnant of the comparatively pure red race.

(723.6) 64:6.7 Because of this great retrogression the red men seemed doomed when, about sixty-five thousand years ago, Onamonalonton appeared as their leader and spiritual deliverer. He brought temporary peace among the American red men and revived their worship of the “Great Spirit.” Onamonalonton lived to be ninety-six years of age and maintained his headquarters among the great redwood trees of California. Many of his later descendants have come down to modern times among the Blackfoot Indians.

(723.7) 64:6.8 As time passed, the teachings of Onamonalonton became hazy traditions. Internecine wars were resumed, and never after the days of this great teacher did another leader succeed in bringing universal peace among them. Increasingly the more intelligent strains perished in these tribal struggles; otherwise a great civilization would have been built upon the North American continent by these able and intelligent red men.

64:6.9 After crossing over to America from China, the northern red man never again came in contact with other world influences (except the Eskimo) until he was later discovered by the white man. It was most unfortunate that the red man almost completely missed his opportunity of being upstepped by the admixture of the later Adamic stock. As it was, the red man could not rule the white man, and he would not willingly serve him. In such a circumstance, if the two races do not blend, one or the other is doomed.

At that time (2002 or 2003) I was contacted by a young lady of Australian Aborigine descent. She told me she had been supervising a "bus load" of Aborigine kids tu Uluru or Ayers Rock...

...the young lady (July) had a vision of Onamonolonton who instructed her to use her mind to keep the bus driver awake, or the bus would run off the road. Those of you who have read my books will remember the chapter of "The Car at the Lake." What happened to her was almost identical to what happened to me. 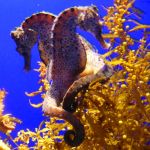 222 is my most prominent prompt these days, i wonder if its bzutu or one of his aides.. i got two seperate telephone bills yesterday i been calling abroad quite a lot and both were 222 pounds each.. i think i was being given a celestial telling off

much love to you George xxxx


Sarah
"Only from the heart Can you touch the sky" Rumi

Thanks for all that info George, fascinating stuff indeed! I'm trying to work through the Urantia Book but it's tough going as it's sooo huge. I have it on audio and that's helping, but I need to knuckle down and get to it more often!

If my phone bills ended up at a total of 444 pounds, my wife would divorce me,
heehee, and my kids would starve. Forgot. They're all gone their own ways.

IMO The Urantia Book should start with Paper 77, then Paper 114.
How's about you try those two Papers, Jack.

Maybe I'm just biassed. Having begun working for the Midwayers in 1972,
all my birthdays came at once when I finally found the UB in 1997. Doh!