This is a forum for those who want to share the Akashic Construct, and their experiences of it. The AC is a structured meditation designed specifically to enable contact with celestials, and also humans for the purposes of teaching or healing.
Post Reply
12 posts • Page 1 of 1 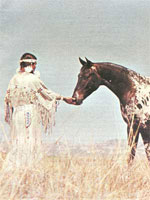 I have been listening to the AC part 3. I have a question on two things in it. They are probably little, but every time I hear them, I am stuck on them for a few minutes and don't want to do that.

The first is ~ the colors that you drift through: what is the difference between purple and violet? Maybe it is a regional difference, but to me, they are the same colors.

Second ~ the term 'point of reference'. What does that mean, and what am I to do when I hear that? I think it is used 2-3 times in part 3.

Thanks so much,
Barbie

violet is the most spiritual of all colors, i guess from purple to violet is used to have a smooth and even transition since they are the closests colors to each other. I mean if you try imagining the color red to violet might seem to troublesome.

The point of reference, i like to think of it as being at a state of mind that you can learn to remember and feel. So in the future all you have to do is remember what it looked, and felt like...and in a matter of moments you will be there!

it is also a technique used for progression...
”Most of all, because we have seen and lived so much of what was wrong, we know so much better what is right.”
http://1111angels.net/old_files/E_Archives/list268.htm

Long ago I brought a potted palm into My Akashic Library. I studied it in detail and the slipshot wall behind it, the sand on the floor....

That scene is "my point of reference" and when I see it again in detail, I have "arrived" ready for interaction with my Friends.

So, it means you have arrived at a particular point of alpha? Or it is a signal to yourself of some sort?

It is also used in the 'pleasant scene' prior to walking down the hill...

The more clearly you recognize all those places, the more certain you are that you have drifted deep enough.

"Point of reference" indicates a place, memory, feeling, level of drift to Alpha.

Most people overestimate the difficulty of getting deep enough. After a while you'll get there in a few minutes. As much as I use it, it takes only seconds.

Hi Barb, I have to concur with George.The more that I go to the AC, the quicker I am there. I open the door, turn on the light and walk in. At that point I am ready. It is quite the learning experience !


Love,Gloria
Through the looking glass I see....
Top

It's kinda remembering HOW you felt when you were there before, and "making it" so you feel like that again.

The way you felt IS your point of reference.

BTW. That was REALLY something on PTSD yesterday -- new to me.

Hi George, I know what PTSD is,but did I miss something about it yesterday ? I had it once years ago when I was on an airplane that had an emergency landing. Two tires blew out on takeoff and we were in the air two hours longer so we would have less gas in the plane for less of a chance of blowing up on landing. Two weeks later PTSD hit me. It was years before I got on another plane !

Love and peace, Gloria
Through the looking glass I see....
Top

There was an enquiry from Western Europe, and the problem was defined as PTSD. That answer came from two Midwayers working (stationed) in Western Europe.

Interestingly they defined the PTSD forgetfulness (a block) as a defence mechanism -- fine -- OK, we knew that already -- but also as an aspect of healing.

So, in effect, the "disorder" is relatively shortlived, the "healing part" extended as the Midwayers view PTSD, even if the symptoms persist for a lengthy space of time.

The often global memory problem therefore is merely a handicap, the "patient" soon returned to normalcy. Their view.

In time, it may well be that PTSD will no longer be classed as a disorder. It is phased, as you described.

True disorders tend not to respond to treatment. The patient classed as deviant, but PTSD is a "normal" response.

George, The fear that I had before landing was great.There were people screaming and crying the entire time. I just sat there numb,but quite scared. And it was not the way that I wanted to die ! We slid down the shoot just like in the airplane movies.Flames shot up to the wings where I was sitting,but didn't ignite the plane. It seemed like a dream. So, in my case, my depression was from possible demise. I was fine after a couple of weeks. I never took medication of any kind for it. My situation was definitely not a disorder, but just "plane" post- fear ! I am still not fond of airplanes though

Love,Gloria
Through the looking glass I see....
Top

It comes in many forms and "grades." The point Midwayer Brusque made is that it is badly catagorized. Often mistreated, too, I know.

This is from a subscriber:

Yes, I have reread your teaching and agree with what you are saying about the basics of PTSD.

I am not quite certain that I understand whether or not you are asking that we/me leave the person alone with their "scab"( of Post Traumatic Stress Disorder). Yes, I agree that it is a large label for overwhelming stress such that the person experiencing it has a type of "blank" about the life exposure. However, many individuals who experience this phenomenon are driven to do some awful things acting out the desperate emotions which are apparently locked behind this blank exterior. Or, they experience a peculiar paralysis, emotionally, physically, and spiritually, like a piece of them is missing or disconnected.

I am an acupuncturist. I treat people who have many different experiences. PTSD fits in with most people. The "unknown wildness" behind the blank screen relaxes with acupuncture. Their lives begin to quiet and unfold. In some situations these people begin to "thaw" and move forward again.

So, are you saying, leave these individuals to thrash out their emotions all in due time? Or change my mission or message. Do I continue to regard what I do as bringing a light to help guide the pathway like a messenger? C.

I transmit messages at a very deep level and generally only have an inkling of what comes through. This transcript kind of
"blew me away" in the sense that it was new to me entirely. I too read it many times.

I treated mostly disorders from 1972 until 2000 -- specifically Dependent Personality Disorder and the Post-traumatics. I now
see that something like DPD is innate, PTSD is aquired, but I never gave that a thought until now.

The PTSD client WANTS to get better, the DPD'er figures nothing is wrong with him/her.

And yes, yes, yes keep treating your guys! You are part of their healing process, helping too to "replace" those missing pieces
as I used hypnotherapy to help heal and relax the individuals. Not one of dozens ever tried selfmurder again.
Enviable results, I still believe, and perhaps it was time for me to see PTSD as needing to be in a classification of its own.

I'm convinced of that now. I so like your term "scabs of PTSD." Good one! Scabs are part of healing.

Perhaps you and I should see the "awful things" some of them do as a "searching in desperation," and consider that they
may be trying to heal in a (by them perceived) inadequate or stressful home environment. . . and at times they fail.